The state dance of California, West Coast Swing is rapidly gaining popularity across the globe. Known as one of the most versatile partner dances because of its ability to be danced to a broad range of styles of music. It’s not the easiest dance, but well worth the effort.

West Coast Swing’s origins are definitely in Lindy Hop, but has changed over the years! It’s distinctive “dancing in a slot” approach derives from San Diego dance halls as far back as 1938. The kicking jitterbugs would frolic in the center of the floor, with the smooth dancers grooving on the periphery. First called western swing by Arthur Murray in the 1950s, swing had taken a definite right turn. A “slot” appeared along with the follower’s “walk walk” on the first two steps thanks to Murray’s initial coding of the dance in a studio.

Latin styles and hustle influenced WCS from the 70’s. Beginners seeing hustle and west coast swing often cannot distinguish them. Current WCS styles vary considerably. Modern WCS can be conservatively upright-postured, smooth and warm, or a funky, hot-partnered jazz dance. Understanding the west coast swing basics is important to be able to show the musicality later required in the dance.. It is the social dance that allows for the greatest choice in styles of music.

Its the #1 website for all things west coast swing related!

In this video we cover the sugar push, side passes and whip. All the basic patterns you’ll you’ll need to learn for west coast swing! 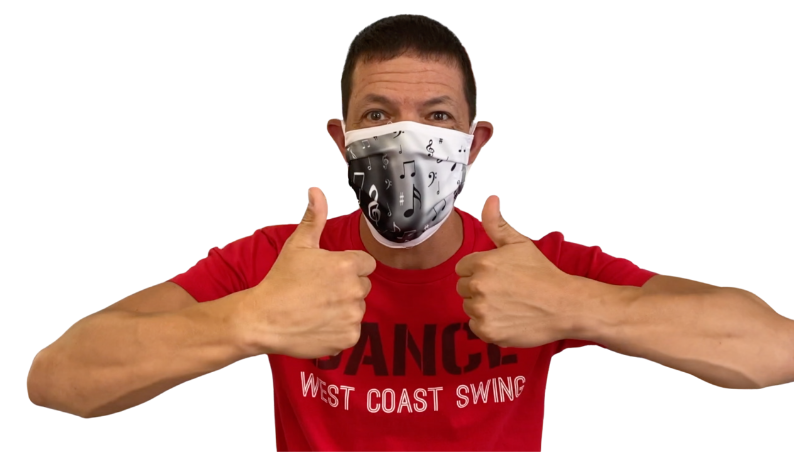 Wanna participate?
A way to dance and be socially distanced