– The Rumba originates from Cuba as a typical dance of a hot climate. It has become the classic of all the Latin American dances. In its present form many of the basic figures of the dance retain the age-old story of woman’s attempt to dominate man by the use of her feminine charm. In a well-choreographed dance there will always be an element of “tease and run,” the man being lured and then rejected.

– Cha-cha-cha is the newcomer of the Latin American dances. This dance was first seen in the dancehalls of America, in the early fifties, following closely Mambo, from which it was developed. Shortly after the Mambo was introduced, another rhythm started to gain popularity, a rhythm that was ultimately to become the most commonly known of the Latin American dances throughout the world. It was named Cha-cha-cha.

The music is slower than Mambo and the rhythm is less complicated. The interpretation of Cha-Cha-Cha music should produce a happy, carefree, cheeky, party-like atmosphere.

– Samba originates from Brazil where it is a national dance. Many versions of the Samba are danced at the local carnival in Rio. To achieve the true character of the Samba a dancer must give it a gay, flirtatious and exuberant interpretation. Many figures, used in the Samba today, require a pelvic tilt action. This action is difficult to accomplish, but without it the dance loses much of its effect.

– Jive, brought over from America was initially developed from a dance called “jitterbug” by eliminating all its acrobatic elements and polishing the technique.  The boogie, rock & roll and the American swing also influenced this dance.Jive is a very fast, energy-consuming dance. It is the last dance danced at the competitions, and dancers have to show that after having already danced four times, they are not tired and ready to go hard at it.

We offer group & private lesson but a free lesson is the the best way I could think to help get you started! You’ll have a chance to learn some moves, meet one of our instructors and learn more about how dancing can be amazing for your life.

Please give us a call with any questions and to schedule. We can’t wait to meet you! 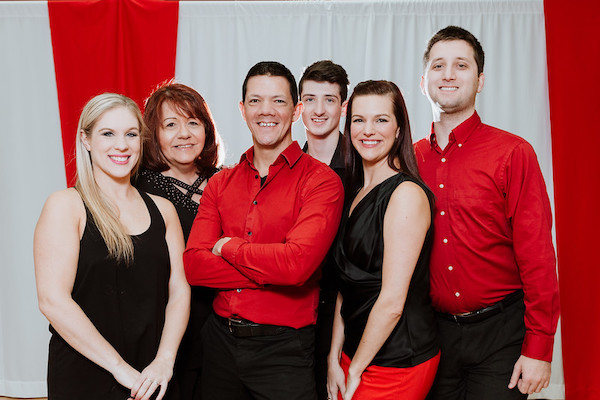 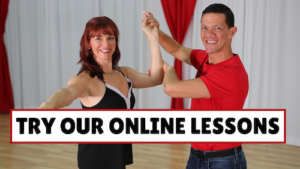