Taking ballroom dance lessons is a great activity for singles and couples alike. Ballroom dancing can provide a way to learn a new skill, meet new people, stay in shape and keep even your mind sharp. If you have ever been inspired to perform or compete of course there are opportunities to do that as well. We have group and private lesson options so no matter your schedule our budget we have your covered. We also know that taking dance lessons can be a new and sometimes intimidating challenge so promise to take great care. Just get started and take some ballroom dance lessons.

Why Should You Take Ballroom Dance Lessons?

We have group classes 4-5 days a week. You can learn waltz, foxtrot, tango, cha cha, rumba and swing. We also have Salsa & Bachata or West Coast Swing and Two Step. Anything you want you can learn! Group classes start at about $10 per class but there are unlimited monthly options as well!

Social dancing is the best way to practice your steps and get some fun time on the dance floor. We have a practice party every Thursday and Friday and Saturday dances several times per month. The studio also takes weekend trips to cities around the midwest for even more dancing! 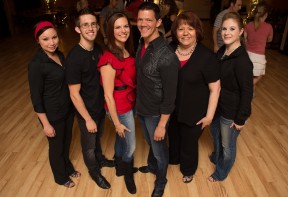 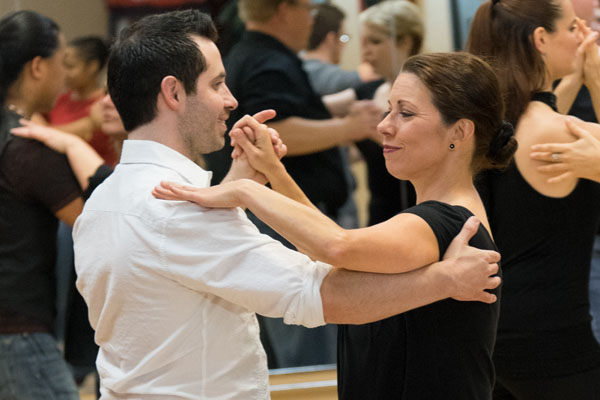 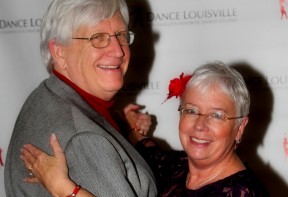 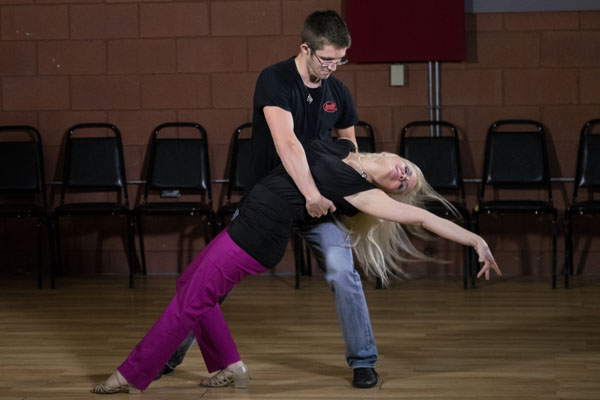 – The forerunner of waltz was Boston, a dance imported from the USA and introduced in England by a very influential “Boston Club” around 1874. However, only after 1922 did this dance become as fashionable as the tango. The strange thing about Boston was that couples danced next to each other, nothing like what we do now.

Immediately after World War I the waltz got more shape. In 1922, when Victor Sylvester won the championship, the English waltz program consisted of not more than a right turn, a left turn and change of direction. Thats less than what you would learn in a beginner ballroom dance lesson today!

From 1900 onward, several amateurs tried to introduce the dance from Argentina to Paris without success. Being rather an exotic dance, a sensuous creation of Southern nations, the tango initially did not become accepted by the European social establishment. Tango’s breakthrough came in a dance competition on the French Riviera. The dance was so well presented by a group of its enthusiasts that it gained immediate recognition in Paris and then the rest of Europe.

At the end of World War I the slow-foxtrot consisted of walks, three-steps, a slow walk and a sort of a spin turn. At the end of 1918 the wave arose, then known as the “jazz-roll.” The American Morgan introduced a sort of open spin turn,  in 1919. In 1920, Mr. G.K. Anderson introduced the feather step and the change of direction, figures you cannot imagine today’s foxtrot without. The thirties had become the golden age for this dance. That is when Foxtrot tunes became the standards of its tempo.

– Developed during the World War I in suburban New York, initially performed by Caribbean and African dancers. It eventually made its debut on the stage of American music halls and immediately became popular in the ballrooms.

Foxtrot and quickstep have a common origin. In the twenties many bands played the slow foxtrot too fast, which gave rise to many complaints. Eventually they developed into two different dances, slow foxtrot tempo has been slowed down and quickstep became clearly the fast version of foxtrot. The Charleston had a lot of influence on the development of Quickstep.

The first waltz melodies date from 1770. It was introduced in Paris in 1775, but it took some time before it became popular. In 1813 Mr. Byron condemned the waltz as being unchaste. In 1816 the waltz was also accepted in England. But the struggle against it was not over yet. In 1833, a “good behavior” book was published by Miss Celbart and according to it, although it was allowed for married ladies to perform this dance, she called it “a dance of too loose in character for maidens to perform.”